This is just sad.

Deep down, I want to be a Cambodian police woman

Is that allowed, or am I being unrealistic ? https://t.co/oGPwEWJM9a

It’s not even creative or original or good — it’s just a variant of the creaky dumb “I want to be an attack helicopter” “joke” that lazy right-wing comedians have been dumping on us. I guess that puts him in a particular category, a specific “social construct” if you will, that I don’t find very interesting, but good on him for being his true self.

By the way, it’s interesting his three parameters — a nationality, a profession, and a gender identity — are all social constructs as well, and are achievable with a truly deep commitment and dedication to a goal. Not that I think he’s seriously interested. He’s too wrapped up in his current identity as an indignant male-presenting British ex-comedian.

Here’s a photo of Cambodian police women. Cleese should stop fetishizing them. 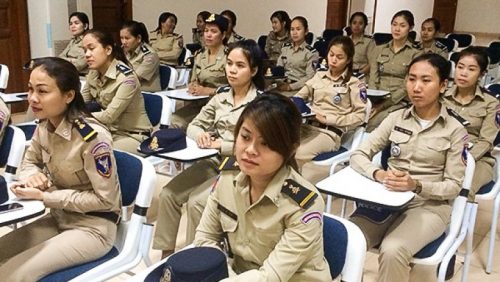