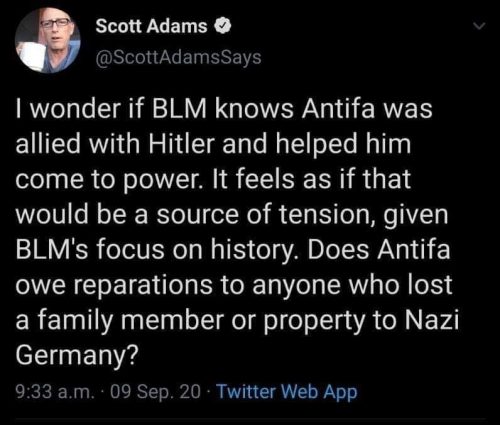 Bet you didn’t know antifa was allied with fascists, didja?

In case you were wondering where he came up with this bizarre idea, he was asked, and his answer was “Wikipedia.” Just “Wikipedia.”

The sleep of the innocent » « The people with bugs in their brains are a vital segment of American culture, after all