I got a message today about a corner of the internet with which I was unfamiliar — I post it here after doing minimal investigation on my own. I really don’t want to get sucked into another rift.

Not sure if you’re aware, but the Admin (and creator) of Agnostic.com (which is mirrored @ humanist.com) has been revealed to be also the creator of slug.com (the IDW site) – and after his outing on their Community Senate group, he posted to confirm and promised to ‘answer all questions in the morning’.

I am (or was) a level 8 at Agnostic.com – which means regular poster over nearly 2 years. There are no levels 10s. There is a small handful of level 9s.

I updated my profile this morning to remove all identifying elements and change my bio to explain my reticence to be involved anymore – and my account was instantly – like, instantly suspended. Looks like an algorithm to suspend.

I think that shit is going to go down now at agnostic… I hope so. It would be interesting if you know more including who he is? Admin created a ‘David Silverman’ group a while back and tried to get him socially reinstated – bringing him in at a level that everyone else has to earn through time and contributions. That got shot down by the members, and David left again very quickly.

I’m a bit surprised that anyone wanted David Silverman in that group. For years, his message has been that there is no such thing as agnostics (or humanists, for that matter) — they’re all just closet atheists who need to come out. Why would you want to bring in someone, without even considering their recent scandalous history, who was antagonistic to the premise of the group?

I had not looked into agnostic.com before — I’m not antagonistic towards them, but personally disinterested — so I had a peek, and saw that it’s a fairly typical social media site covering a wide range of topics. The format seemed disorganized, a real hodge-podge, but OK, again not my thing, but fine for those who wanted that particular community.

I hadn’t even heard of slug.com before, so again I took a look. It’s obvious that agnostic.com and slug.com are using the same exact software. Then you take a look at the topics…hoo boy. 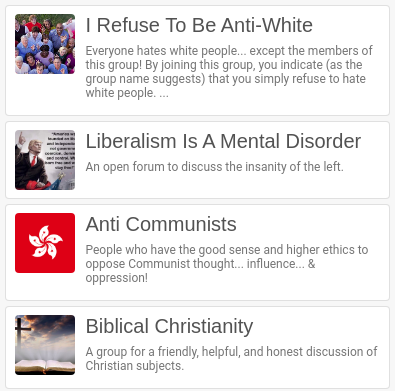 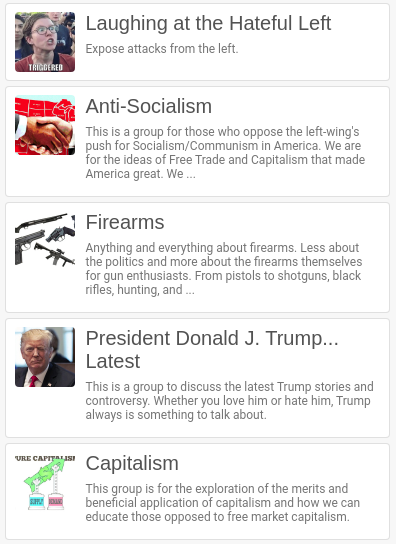 So “Biblical Christianity” is a place for for friendly, helpful, and honest discussions of Christian subjects, while Liberalism is a Mental Disorder, and they’re Laughing at the Hateful Left? As for their Intellectual Dark Web bona fides, here is their ‘about’ page which incoherently declares simultaneously that they are a non-political social community based on open inquiry, the free exchange of ideas, intellectual curiosity, honesty, and responsibility, and that they believe in conservative values and that The IDW is liberalism, as that concept is meant philosophically. Oh boy. “Classical liberals”. Where have I heard that line before?

Oh well, the assholes have staked out another domain under the banner of godlessness. Disappointing.

If you’re not into spiders, what about crows? » « Finally, my political stance has a label