He has a remarkable ability to infest, corrupt, and destroy even the most reputable institutions. Will you ever believe a doctor’s report on the health of a president ever again? Do you still wishfully hope that Mr Smith Goes to Washington accurately portrays how an honest man can shape the Senate? Do you believe any more that “CDC” stands for “Center for Disease Control”? 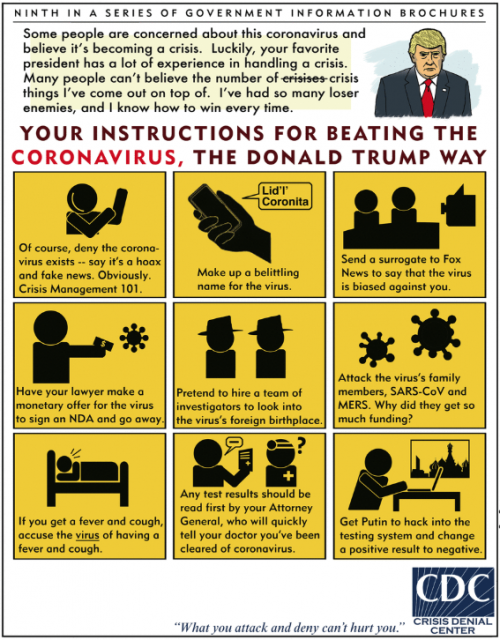 Of course, he had help. It would be nice if the poison in the body politic had a single name and we could just boot the creep and get back to having trust, but I just can’t get out of my head the fact that 43% of the electorate think he’s doing a good job coping with a medical crisis.