Um Ladaw Cave in India is a chamber 300 feet below the surface that fills to the brim with water in the rainy season, and is only accessible in the winter dry season…well, “accessible” is a relative term. This is how you get there. 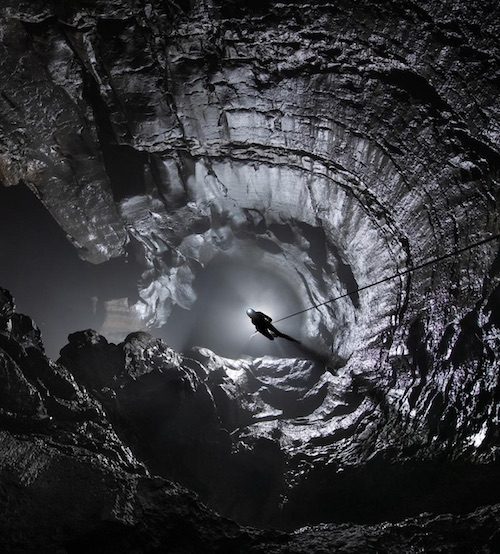 Once you make the descent, there are pools of water filled with a large population of pale, blind cave fish. These are big fish, too. They are probably fed by the constant trickle of organic material flowing down from the surface. Deep caves are also a nesting place for bats that poop into the water, which just tells you that some animals can eat anything.

That kind of diet must leave them desperate — in the video, you can see them trying to gnaw on the camera lens. Anything is fair game.

The existence of this pattern of pigment and eye loss in multiple species around the world tells you that something as complex as vision requires constant maintenance via natural selection, though. It’s remarkably consistent that animal species living in the total darkness of deep caves tend to all become pallid and blind over time.

A few have escaped the custodians! » « Ugh. Maher.