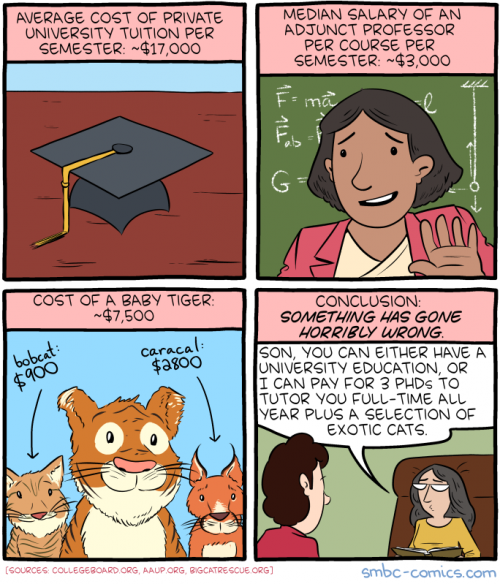 New math: attend a public university (like mine!) and you can pay your tuition, buy a baby tiger every year, and have money left over!

Contrapoints and the test of endurance » « Under capitalism, evil is just another brand