The first stage was Scienceblogs, which was great, but was burning through the cash, so they sold the network. Now it’s been bought up by a right-wing astroturf organization which is using our old content to sell ads. We got out in time.

We bloggers moved out to a new site managed by National Geographic, which you’d think was a step up, but they had no clue what to do with us, skimped on maintenance, and started blathering about imposing restrictions on what we could post. That’s one of the reasons Ed and I started up Freethoughtblogs. Then they started publishing garbage to court the yahoo dollars. We got out in time, because hoo boy has Nat Geo flushed itself down the craphole. 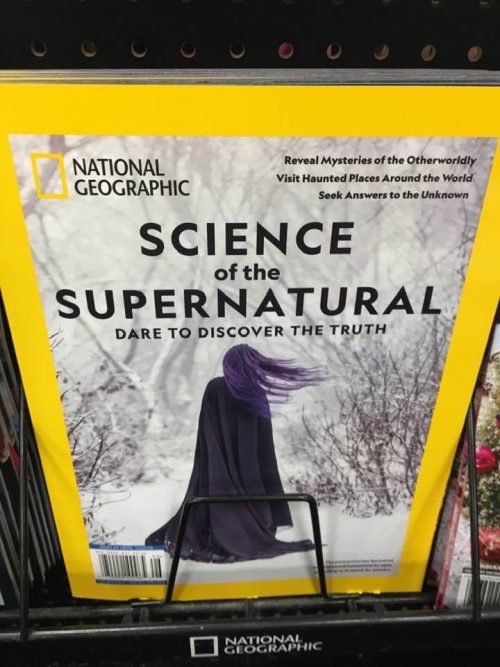 Hey, remember that guy who was so concerned about how my profanity-laced diatribes and lack of civil discourse about religion was going to ruin the reputation of dignified, noble NatGeo? I wonder how he’s doing nowadays.

You’re saying she didn’t melt into a puddle? » « It’s been a day