Once upon a time, when women hopped on bicycles to acquire a little social mobility, the forces of scientism were deployed to argue that they should hop back off.

They called them “bicycle face”.

Why? Because bicycles <gasp!> helped women 💪 make their own dating choices.

IOW bikes were the first dating app. That scared men.

Let’s talk about it.

Hold on to your bodices people, THIS IS A THREAD 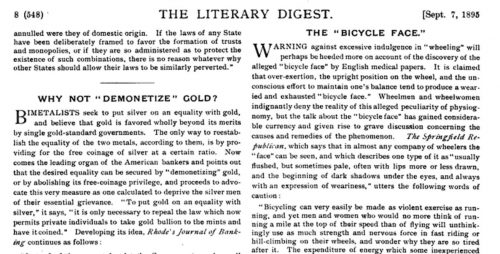 I had no idea. Maybe someone should have asked women if they got a sexual thrill from a bike seat, rather than some guy with a feverish imagination?