The most recent scandal to emerge out of Virginia is that a number of politicians were hanging around, or were dressed up themselves, with students in blackface or KKK robes.

“It’s not that surprising that people would be culturally insensitive,” said Morris. “We are still facing racism and systematic racism today.”

On top of those, an image from a 1980 University of Richmond yearbook shows several students in KKK costumes and a black student with a noose around his neck.

Blackface photos and racial slurs were also found in the 1968 VMI yearbook. Senate Majority leader Tommy Norment served as the managing editor of that yearbook.

So now one question is whether they deserve any kind of censure now, 30 or 40 years after the fact. Sure, this was openly racist crap, but hey, 1) it was an earlier time, that was the zeitgeist, you can’t blame the kids for going with the flow, and 2) it was so long ago that they’ve outgrown those attitudes and are now committed to egalitarianism, so don’t hold the person’s past against them, ask what they’re doing now.

I thought I’d address point 1 by looking at my own history of yearbooks. We have our own little collection of ancient yearbooks from the early 1970s at the Kent Junior High Vandals and the Kent-Meridian High School, the Royals. I skimmed through them this morning, reminiscing. Keep in mind that this was the Pacific Northwest, not any place in Dixie. 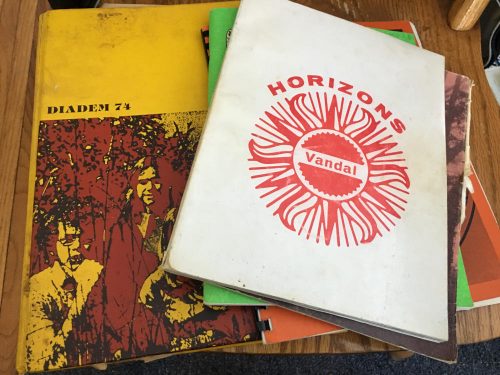 The results: between 1970 and 1975, there were no yearbook photos of anyone in blackface. No KKK robes. No swastikas. No confederate flags. These were signed yearbooks, and no one scribbled abusive comments anywhere — there were a couple of mentions of Beer Bottle Beach, which was the sandy spot along the Green River where students might hang out of an evening sampling illicit beverages, but that was about it.

I did notice how white the students were — the Pacific Northwest has its own racist problems, which were usually expressed in deeply segregated communities, and this was a suburb of Seattle. I knew very few black students. There were lots of students of Japanese descent, and we had our own unsavory history there. The parents of many of them could tell you about internment camps. None of that was demonstrated in the yearbooks (which is another, subtler problem of the implicit silence of racism).

You know, it was entirely possible for kids in that era to be innocent and completely unaware of the very idea of using racist ideas to disparage others. I don’t know what has been going on in Virginia or other Southern states, but it seems to me that part of the blame has to rest on an openly racist culture that allowed such behavior to flourish. Kids were echoing what their peers and parents were doing, which doesn’t excuse it, but it does say that it isn’t enough to condemn just the individuals — there ought to be some broader soul-searching.

As for point 2, well, you’d think the first line of defense these guys would have is to point to their records. None of them are doing that! Show me that your career has involved opposing racist policies, that you’ve been trying to change the racist culture that encouraged you to fail so hard in your youth. Instead, we’ve got Northam making pathetic excuses for inexcusable behavior, hiring a PR firm, and talking about leaving the Democratic party, and the nominally liberal party of Virginia in shambles.

In summary, we should kill the myth that blackface and other racist behaviors were ubiquitous 30+ years ago. That is not a valid excuse.

Could such behavior be redeemed by a more recent history of change? I think so. All of us did stupid things in our youth, and the first step is to admit that they were wrong, and the second step is to show a record of behavior that belies the impression given by those old photos. It’s troubling that the governor of Virginia hasn’t even tried either of those things, but seems committed to his rationalization that blackface and the KKK costume were simply innocent mistakes.

If he can’t do that, he should resign. 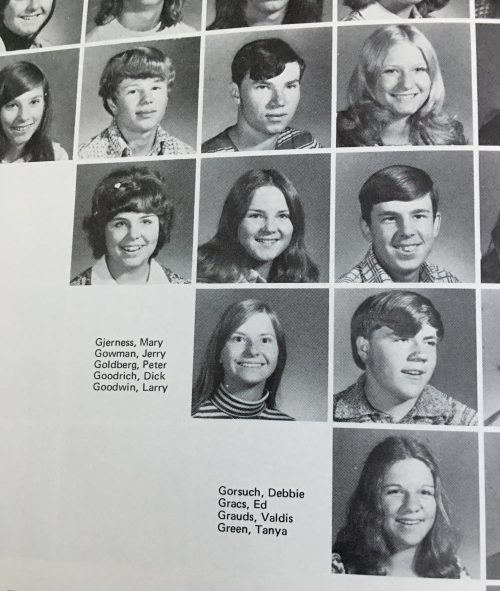