How wrong can you be? How twisted can your perspective get? Just ask an incel. 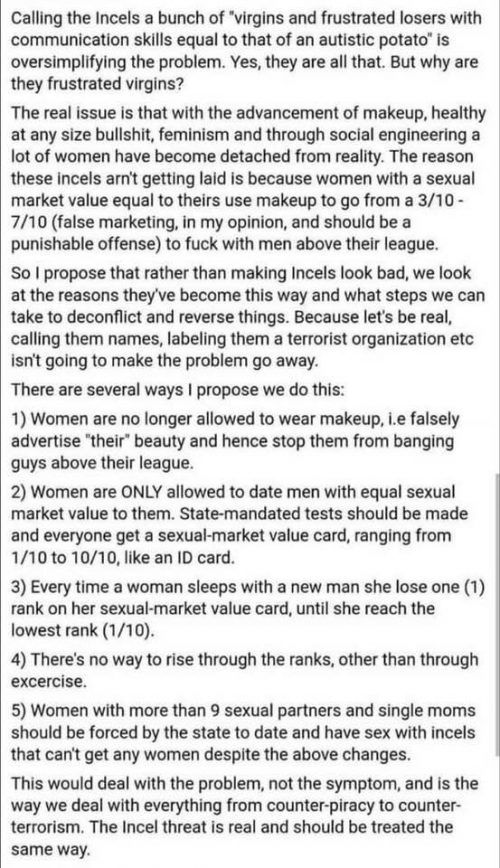 So wrong it makes creationists look reasonable. I’m not even going to try to address any of that BS, except to note that anyone who bases their arguments on sexual market value is delusional and anti-science. Is there a stronger prefix than “anti-“? Like so far to an extreme contrary position that you’re ripping a tear in the fabric of space-time?

Yeah, found on We Hunted the Mammoth.

David Berlinski crawls out of his spider hole to sneer at science » « Humans evolving? At least their gametes are.