A cartoonist in the 1920s predicted what would happen if we invented pocket telephones. 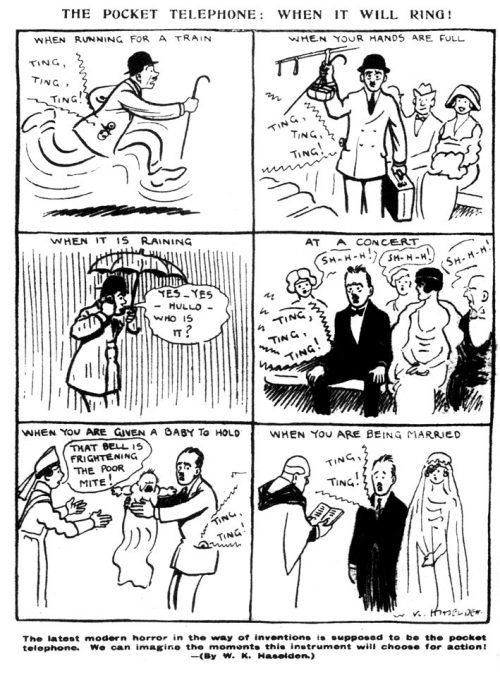 You are saying to yourself, “But he couldn’t imagine people inventing an off switch?”, to which I reply “Maybe he’s also predicting people’s inability or unwillingness to learn how to use the off switch,” which makes this a double prophecy. I may have to start worshipping W.K. Haselden, the creator of the cartoon.

Altered Carbon: Interestingly problematic » « Do you want to play a game?