I thought this was fun: a site where you can compare weather statistics for multiple locations. I chose to take a look at how where I live now, Morris, Minnesota, compares to where I grew up, Seattle, Washington. It turns out I’ve had to adapt to wider temperature swings. 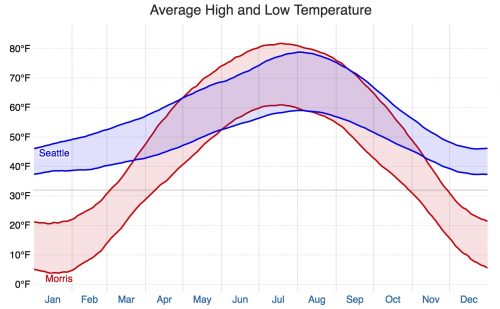 No surprise, but it rains more in Seattle…but we get a bit more rain in the summer here. Morris is also a heck of a lot windier than Seattle.

Go ahead, compare your weather to mine. Now we can do it with data!

Twitter is kind of terrible. Why don’t you give it up for the New Year? » « Remember this