I’m not going to praise Time magazine, since they’re just another tool of the conservative establishment, but they did make a wise choice in their selection for their Person of the Year cover, “The Silence-Breakers”, all the women who have started a wave of change against a culture of harassment. 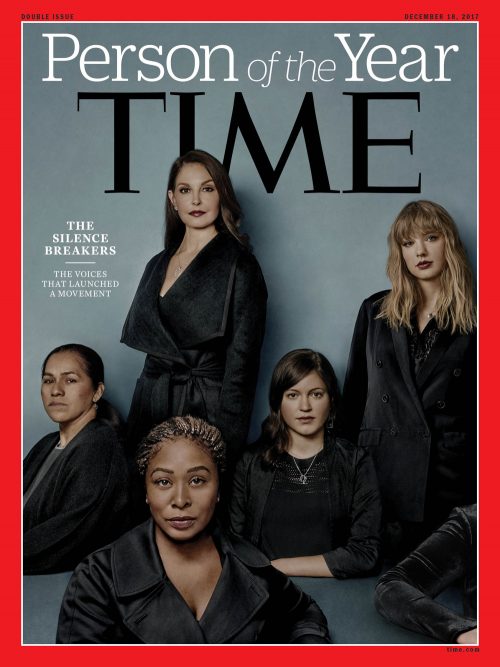 Donald Trump gets several mentions in the article, and they aren’t flattering. He must be fuming. Frame it and put that on the wall of your golf courses, Donnie boy. I hope these women are part of the reaction that tears you down.

I hope this recognition is a small part of a change that’s beginning — just beginning. There’s a long way to go. I’m just reminded of how disgracefully our social media has been shaped to be a tool enabling harassers to thrive: how Facebook is openly discriminating against women who protest, while I know of a great many men on Twitter who are notorious abusers, and still are given a platform. Like Donald Trump.

If we’re screwed, we’re gonna set the world on fire and drag everyone down with us » « The first of 3 nights of grading