We live in a somewhat unfashionably old house — not old enough to be exotic, but old enough to be a bit, well, shabby. That’s exactly the right word for it. It was built in the late 1940s by the Wohler family, who were sort of a big deal in these parts, since they owned the most important bar in town, the Old #1. It was sold shortly afterwards to Ed LaFave, a banker, who was also one of the civic leaders who led the effort to get the University of Minnesota Morris built here, in the late 1950s and 60s. So anyway, we’re sort of connected to small town royalty through this house.

LaFave had bought it for his mother — his home was across the street — and she lived her for several decades, which means, of course, that our home is known as Granny LaFave’s House to all the locals. That’s fine, none of the subsequent tenants, including us, have had her endurance, so she earned it. Unfortunately, while the interior was quite nice, the exterior had gotten a bit run down over the years. Here’s what it looked like a few years ago. 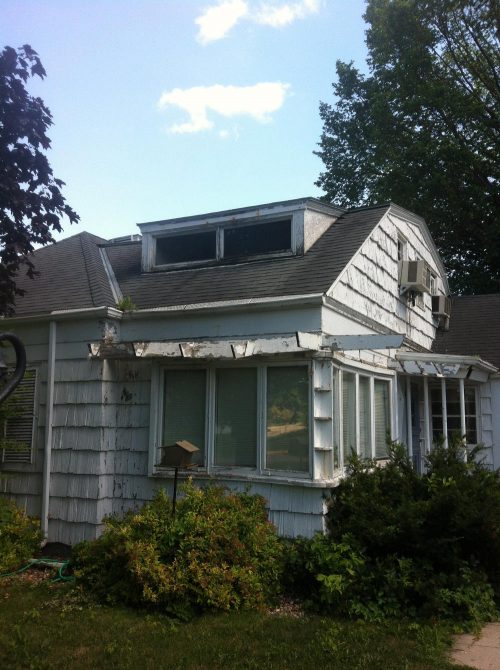 There’d been a few poor attempts at tidying it up. One of the worst was that it was covered with nice cedar shakes, but they were painted over white, and that paint was flaking off, and some of the windows were in less than pristine shape, and there were those odd wooden strakes protruding over the windows (I think they used to have some kind of screening over them) that were simply falling off.

So this summer we hired a contractor to give it a complete make-over. 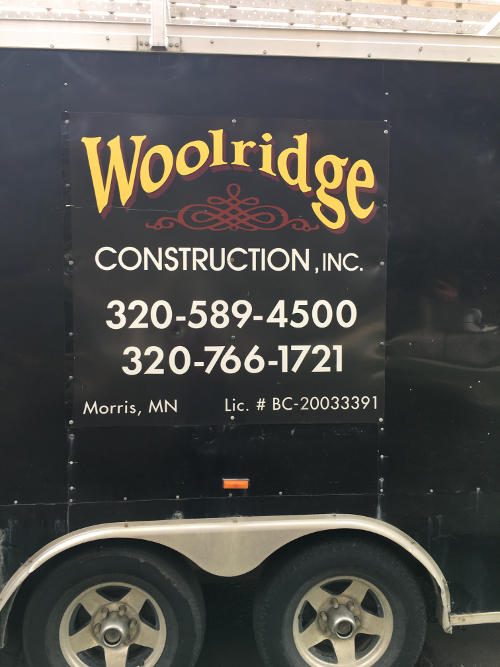 We had the old shakes stripped off and replaced with siding. New windows everywhere, with better insulation. The deck was resurfaced. Some of the stonework was patched up. Now it looks completely different! 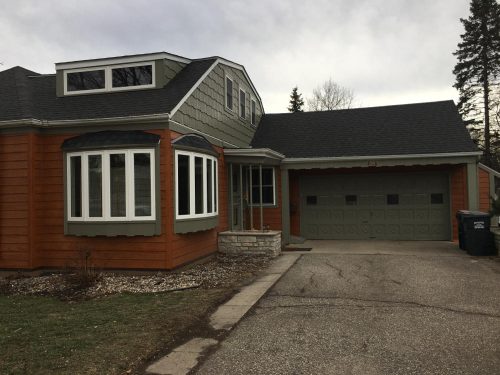 Strangely, at the same time all this was going on, the county sent us a notice that they’d decided, for some obscure reason, to change our house number from 300 College Avenue to 209 College Avenue, so now we can pretend we’ve moved to a completely different house with none of the hassle of actually having to move the contents.

Oops. I just doxxed myself.

I made a brief video of walking around the house. Most of you won’t care, but I’m sending this to family — this is the house where my youngest two kids grew up, so they might be curious.

Right now, the interior is cluttered because we had to pull everything away from the walls (because they were doing some major work with new windows), and most of our posessions are piled up in our living room. One of the things we’ll be doing this long Thanksgiving weekend is de-cluttering and moving everything back to where it belongs.

Also, most importantly…that room with the bay windows used to be our daughter’s bedroom, and I’m taking over. We had the interior redone (most importantly: grounded 3 prong outlets everywhere), and I’ll be setting that up as my home office. Yay! Electronics will be neatly organized, I’ll have a quiet writing space, and it’ll have wonderful light!

No, the house is not up for sale, and this is not an advertisement. We’re planning to stay here a good long while yet.

The Morris North Star embarrasses us once again » « Rules for Gentlemen