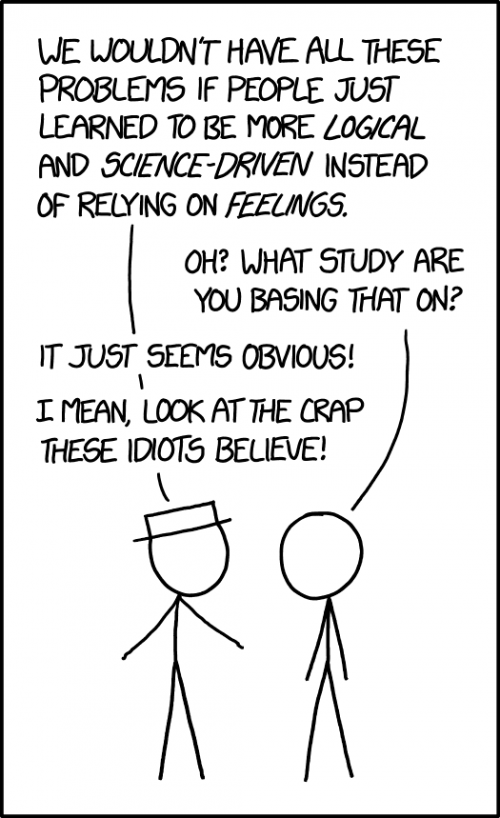 The alt text: “It's like I've always said–people just need more common sense. But not the kind of common sense that lets them figure out that they're being condescended to by someone who thinks they're stupid, because then I'll be in trouble.”

Somebody turn that into a poster that we can hang up as a reminder at atheist conferences.

Emma Thompson says it all » « Humorless goons out to wreck Halloween