What’s this? Workmen changing the front of one of the stores downtown? 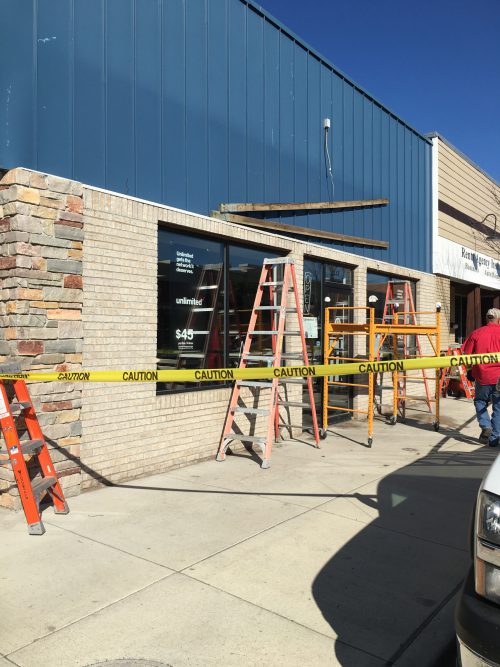 They’re tearing down the Radio Shack sign. I misspent many hours in my youth hanging around in Radio Shacks, so I find this sentimentally distressing.