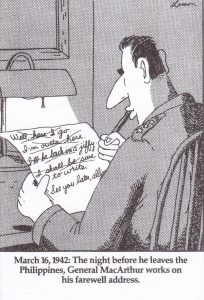 Scattered throughout this semester, I’ve been discussing my EcoDevo course, Biol 4182, Ecological Development. It’s done now, so I’m just going to make note of a few things that I’d do differently next time around.

What I really got out of the course was getting to go in twice a week, even at an ungodly hour, and getting to think about more than just basic, familiar stuff. The core courses I teach in cell biology and genetics are fine, but fairly routine — I know those subjects inside and out, and the challenge is in improving the pedagogy, not in getting exposed to new science. +1, would do again.

Also, one of the best things about small upper-level classes like this is that I can get to know the students a little better, and they reaffirm my faith in humanity because they actually are smart and thoughtful and likeable (I can say that now, I’m not sucking up, because they’ve already done the course evaluation and turned it into the office). Maybe I should just give everyone an A+, with gold stars and smiley face stickers.

Finally! A perspective on AI I can agree with! » « May the Fourth