One of those anti-Cultural Marxism folks who are always claiming that their racism is justified by science just sent me a Darwin quote to shut me down. This one: 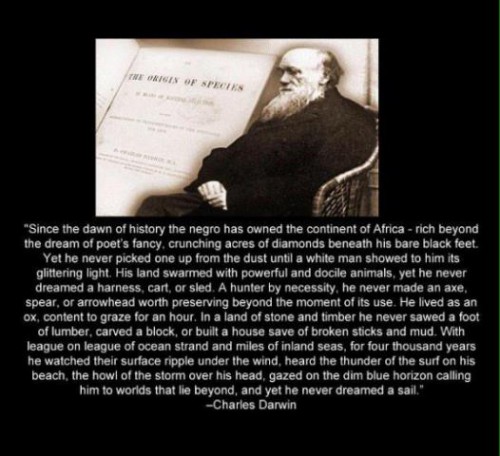 There are a few problems here, though.

The bottom line: anyone who promotes that bogus quote is ignorant of how science works, hasn’t read a lick of Darwin, and is spreading a lie.

Sniny! » « Yet another Irish opinion