It provides some cover when Orac starts raging about quackery at the UM…that is, the University of Michigan. There are a heck of a lot of hospitals embracing “alternative” or “integrative” medicine, which is a way to sucker patients with feel-good bullshit that does nothing for them, but does dilute the credibility of real medicine.

So it’s nice to see Michigan get the full broadside, while the University of Minnesota, which would never make snake oil a prominent part of their image, gets to hide in the shadow of that big bold “M”.

Wait, what am I saying? I want this crap publicly exposed! We in Minnesota need to pay more attention to the lies the university blandly encourages.

Related question: has anybody else noticed how ‘spirituality’ sites are always splashing crepuscular rays all over their web pages? It’s weird. Sure, they’re pretty, but it’s almost as if a theme is the use of obscuring clouds to partially block the light in random patterns. 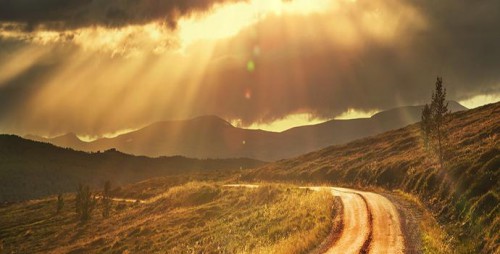 Did anyone else notice the title of the Republican health care plan? » « Cordelia Fine is doing the math