That Donald Trump has poor taste is a trivial and unimpeachable offense, but watching people rush to do the opposite of what some liberal says, and then blaming the liberals for their own stupidity, is either amusing or horrifying. 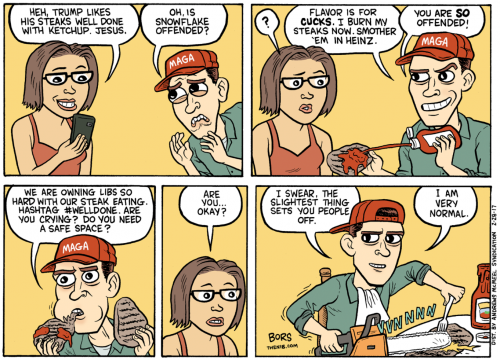 We had a nice century » « Let’s play “spot the flaw in that argument!”