Once upon a time, back in the days before I was totally locked into biology (and can never get out), I considered going for a history degree instead. All my electives were history classes, I was reading nothing but historical non-fiction for fun, and I might have gone for it except a) I liked biology better, and b) the damned language requirement. I never got far enough into a degree program to really commit to specific subfield, but one thing I was really into was Turkish history. The Turks were remarkable in how quickly they dominated their region, and further, I was very impressed with Ataturk’s secularization of the nation. You will sometimes hear atheists moaning about how Islam never progressed and needs to be more civilized, like Christianity — they’ve never looked at Turkey, apparently, or Iran. Or for that matter, appreciated the barbarism of Christianity.

But anyway, I’ve always wanted to visit Istanbul. I doubt it will ever happen, especially with the sectarian nastiness emerging among some Turks (I wouldn’t be able to shut my face about the nonexistence of any gods, which might get me into trouble), so I felt a twinge of envy at the fact that the creationist frauds at Reason to Believe got invited to a conference in Istanbul by Harun Yahya. That could have been me. All I’d have to do is abandon all pretence of scientific competence, declare my faith in an evil phantasm, and lie about the evidence for a few days.

No, unfortunately, I don’t think I can do that.

So, in addition to missing the historical power of visiting one of the great cities of the world, I also missed out on a conference that proved (their word) some amazing things.

The conference;
– Once again proved that genetics, biology, paleontology, physics, chemistry and astrophysics all answer the question ‘How did life begin?’ with ‘Creation’.
– Hosted leading academicians from the science world -all experts in their respective areas with many academic studies.

Some of the topics discussed by the prominent scientists during the conference were as follows:
– The true origin of man
– Why I say ‘God exists’
– Detailed examination and criticism of evolutionary theory
– Origins and creation of the universe
– Fossils: The conclusive evidence of the history of life

The answer to that first point is not “creation”, which is a silly thing to say. Also, the crew at RtB are not leading academicians from the science world. They are hack theologians.

I haven’t seen any record of the talks given, but some of the photos are revealing. Here’s that evidence against evolutionary theory: 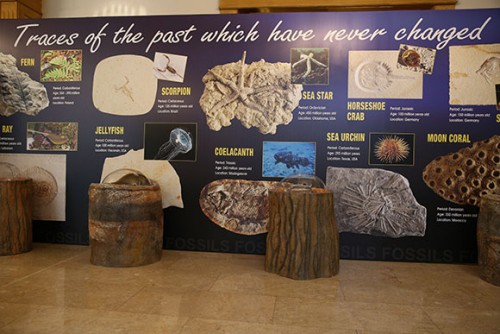 There’s Harun Yahya’s whole schtick. Here’s a fossil; it kind of looks like a modern form to the naive eye, therefore it did not evolve, and all of evolution is false. Never mind that if a time machine dropped you off in the Cretaceous, almost everything would look radically different, because, hey, there were jellyfish in the Cretaceous, just like now. It’s an illogical argument, and it’s also factually false, because the species of jellyfish then were different than the species of jellyfish now.

It’s an indictment of Reasons to Believe, by the way, that they willing participated in this Turkish clown show.

But at least they got to watch the dancing. 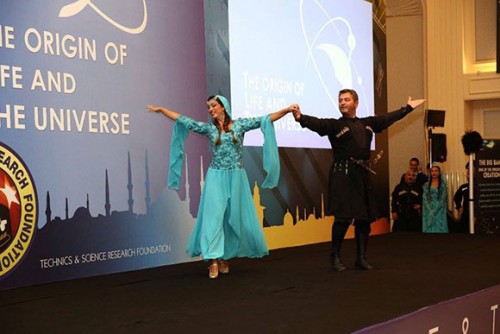