This is beautiful. Guess what? Dictionaries understand dictionaries. 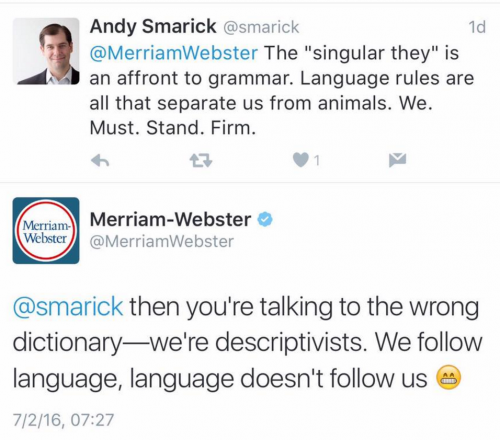 By the way, the @smarick fellow seems to be taking this smack upside the head in good grace, but it’s amazing to me how many people are furious at the notion of using “they” as a singular pronoun.

Mary’s Monday Metazoan: Red, White, and Blue » « Now I want to watch them all again