We at UMM are having our yearly HHMI-sponsored summer research program. In addition to having undergraduates working away in our labs, we also have some more social activities — and yesterday we joined with the science students at the Morris public schools for a bottle rocket launch.

No, not that kind of bottle rocket. In this case, they using two liter plastic bottles, filling them up with some water, and then pumping them up with air pressure. Then…whoosh, off they go. The rockets were also assembled with fins and nose cones and those traditional bits. The elementary and middle school kids had to deal with various constraints — they had “budgets”, and had to “pay” for every bit of cardboard and duct tape they stuck on their bottles, and also for the water fuel and the amount of pressure they put in the bottles. They also had specific goals: distance traveled, time aloft, that sort of thing. Our HHMI students had no constraints, so it was a little unfair. They weren’t part of the competition, though, and the kids whose rockets outperformed the college students’ got extra points on their victory, so it was OK.

The UMM rockets did pretty well, but yeah, some of the kids’ rockets with their minimal approach did do better.

Here’s our first pair of rockets getting ready to launch. 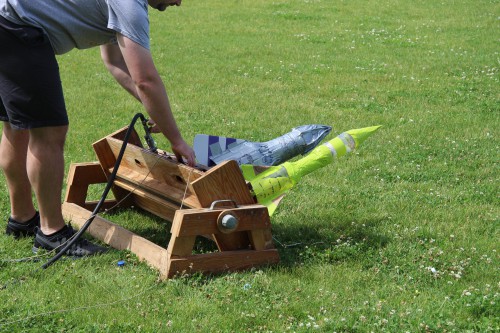 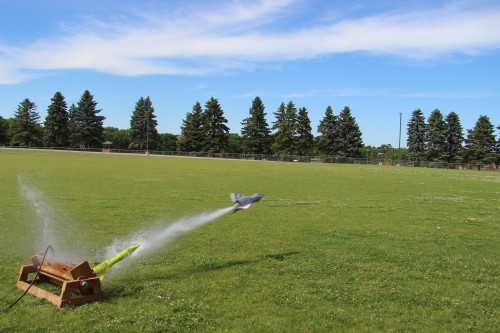 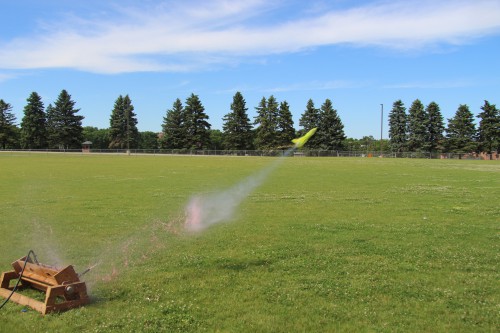 Here’s our second pair. You can see that the launching frame is a bit more elaborate than I expected. There was also a strict safety protocol in place. 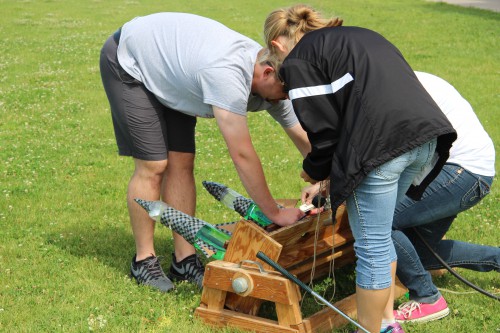 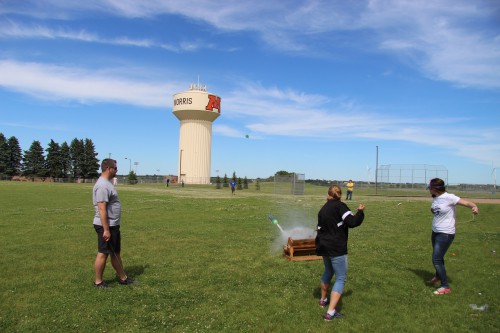 I caught this one in flight — you can see it against the background of the water tower. This one actually cleared the chain link fence off in the distance. 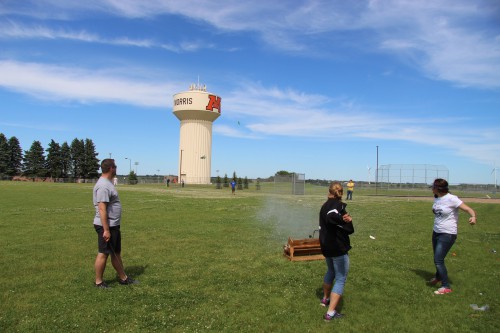 And here’s our ground crew. 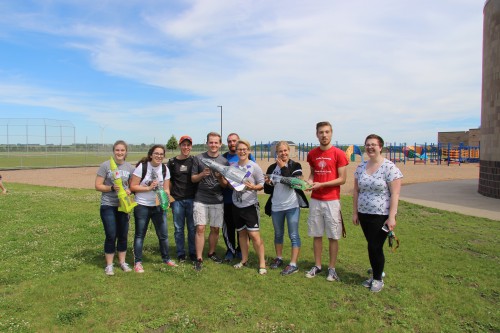