This is how it works. It turns out you don’t need armed muscle in the classroom. 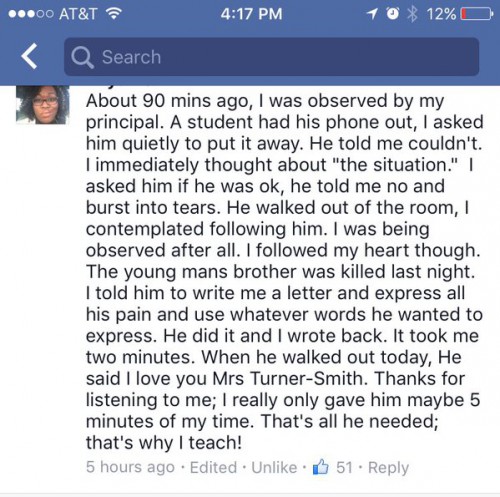