I don’t think he has a chance of getting the presidential nomination, but the more I see of his campaign the more I like him. He represents a side of the Democratic party that has been neglected for decades, and it’s about time it started demanding more attention.

This comparison of the donors to the Clinton and Sanders campaigns is enlightening. 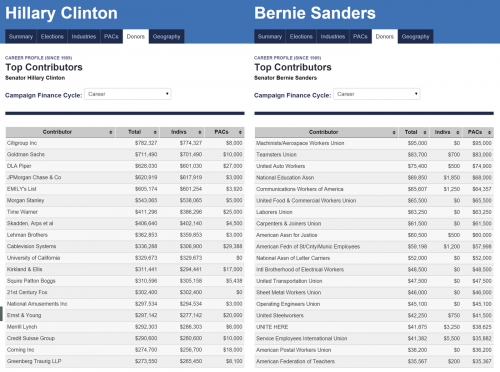 That alone tells me who I should support.

And then there’s his overall set of priorities. 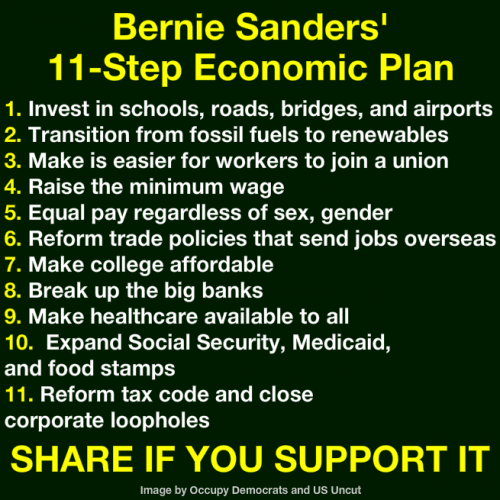 (#12 is to urge his supporters to hire editors and proofreaders.)

Shouldn’t that just be the Democratic party platform?

When the Minnesota caucuses roll around, I’ll be there to vote for Sanders. But this next election is also too important to screw up — we have to get rid of the Republican poison — so at the election itself, if Clinton is the official nominee, I’ll vote for her.

But there is no excuse to not vote your conscience in the primaries. If nothing else, let’s put some pressure on the corporate candidate to move to the left.

Becoming one with John Galt » « Why did Joss Whedon leave Twitter?