So you’re trying to avoid being killed by a bear policeman? Here’s what to do. 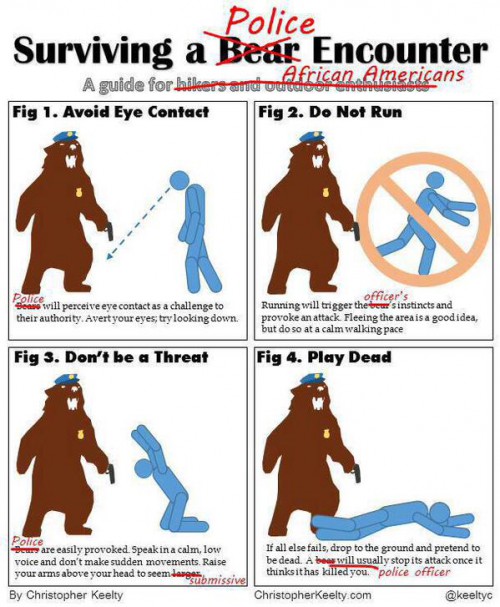 You might be tempted to argue that bears policemen should not be killing people in the first place, but don’t bother; you’re asking for something contrary to their nature.

So Rand Paul wants to be president… » « The Charleston shooting: the prequel