Here’s a dialog between a gamergater and Leigh Alexander. She speaks truth. 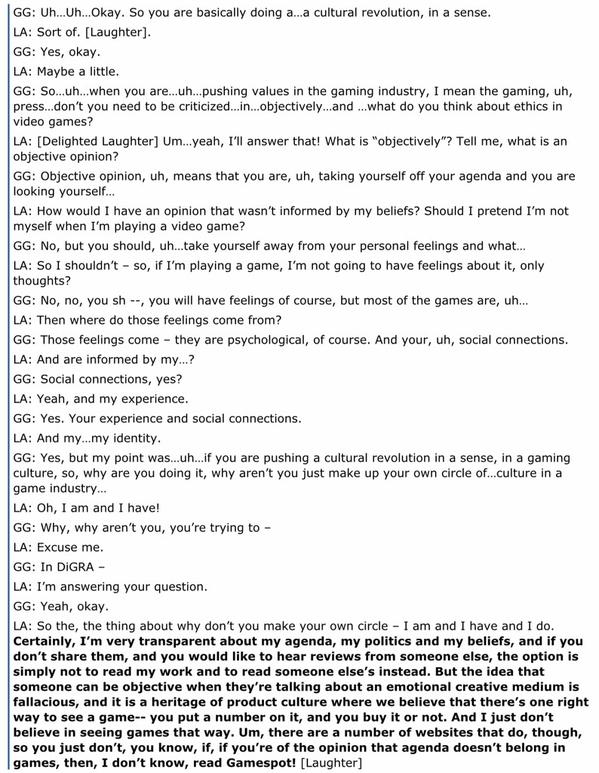 You could translate that directly into atheist-speak, too. Every one of us is informed by our values, our experiences, our social connections, and our identity — no exceptions — yet somehow some atheists want to pretend that they have pure objectivity, that all of their concerns are as crystal clear and black and white as whether it is day or night, and that opinion affects none of their conclusions. Further, they think that atheism is tainted if you introduce any concerns beyond the non-existence of gods into it.

Even a refusal to draw a conclusion is a conclusion, you know, and too often abstaining from the implications represents a deferral to the injustices that exist.