So some celebrities had their phones hacked and very personal and private photos stolen, which certain less savory and much more piggish individuals have been happily disseminating on the internet. There is the issue of the hypocrisy of people concerned about privacy celebrating this. 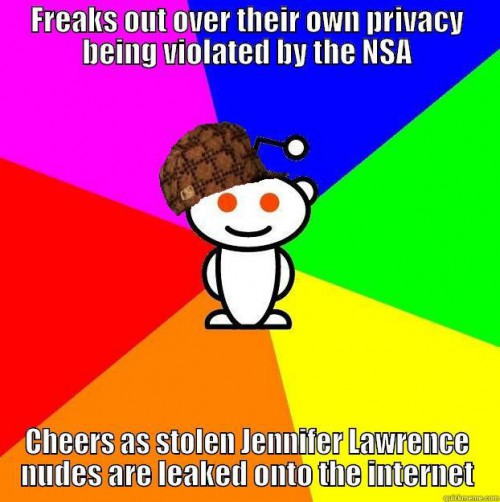 There is also the issue of the illogical, irrational arguments in defense of the privacy violation that people are commonly making.

But jesus fuck, I had no idea how stupid the arguments could get. 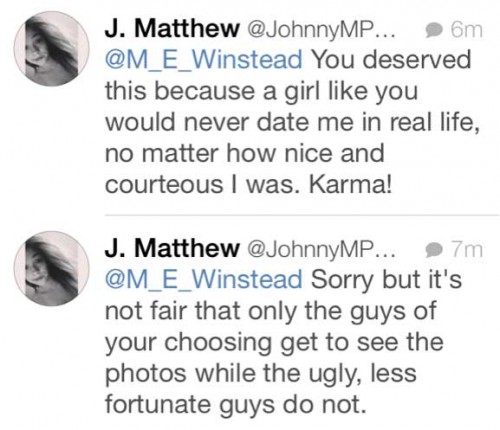 You deserved this because a girl like you would never date me in real life, no matter how nice and courteous I was. Karma!

Sorry but it’s not fair that only the guys of your choosing get to see the photos while the ugly, less fortunate guys do not.

Seriously, dude? You honestly believe that women owe you dates and naked pictures? That they don’t get to choose who they are intimate with?

I owe you one photo of me puking in a bucket.

I watched the latest Thunderf00t video so you don’t have to » « Spontaneous emergence of an ancient sleep pattern!