The old Warner Bros. cartoons have become increasingly painful to watch — so much racism, so much sexism. So what do you do? Throw the old classics in the trash? Pretend entertainment has always been fair and egalitarian? Warner Bros. is preceding the old cartoons with a disclaimer. 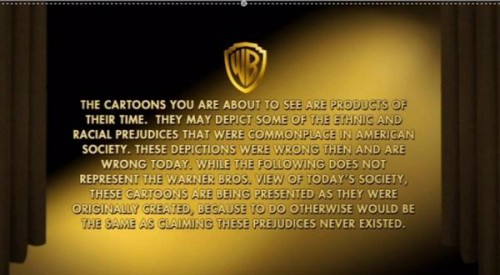 The cartoons you are about to see are products of their time. They may depict some of the ethnic and racial prejudices that were common in American society. These depictions were wrong then and are wrong today. While the following does not represent the Warner Bros. view of today’s society, these cartoons are being presented as they were originally created, because to do otherwise would be the same as claiming these prejudices never existed.

That’s an appropriate response, but I think I’d still rather not watch some of those efforts from the 1940s at all.

“What I really admire about you black folk…” » « Go public!