There is a comic book cover by Milo Manara that has been receiving a lot of criticism lately. The artist resorts to justifying it with biology.

…it’s not my fault if women are like that. I do the design only. It’s not me that I’ve done so: is an author much more “important”, say, for those who believe … For evolutionists, including me, on the other hand, women’s bodies have taken this form over the millennia in order to avoid the ‘extinction of the species, in fact. If women were made exactly as men, with the same shape, I think we would have already been extinct for a long time.

Just in case you’re wondering, according to this fellow women have been shaped by millennia of evolution to look like this: 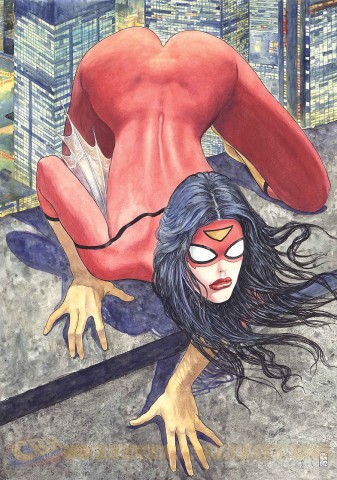 Gosh. They must be a whole different species.