Did you know that science has discovered that gravity doesn’t exist in space, just like the Bible says?

Tell that to Newton. I wonder what keeps satellites in orbit, or the earth zipping around the sun, if they are hanging on “nothing”.

There’s more! Ray has attempted to cover his error. 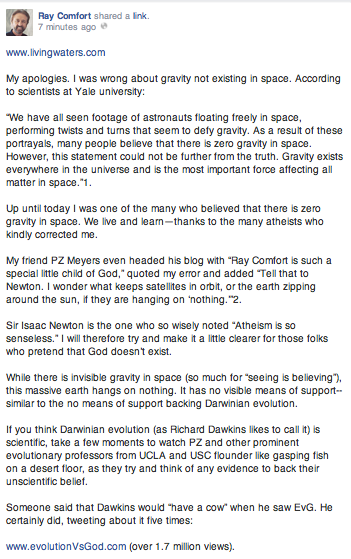 There is invisible gravity in space, but the earth…it hangs on nothing!