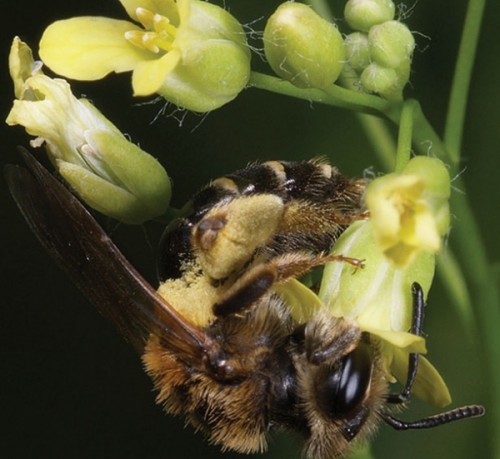 I had to go with bees because tomorrow, 6pm, at the Common Cup Coffeehouse in Morris, Minnesota, it’s time for Café Scientifique. Carrie Eberle, research agronomist post-doc at the North Central Soil Conservation Research Lab, will be talking about “The good, the bad, and the honey,” efforts to provide alternative forage crops to keep bees happy and healthy.