I have learned that Vox Day is making a video game. He is consciously and proudly making a design decision that there will be no woman characters in his medieval combat game…which is fine. He can design his own game however he wants to.

However, the reason that there will be no women in his game is because Vox Day has integrity, and he is committed to authenticity and realism, and as we all know, women were never engaged in combat. It is the only intellectually honest choice.

We could, of course, throw out historical verisimilitude. But we’re not going to. Because we value that verisimilitude far more than we value the opinion of a few whiny women who don’t play the sort of games we make anyhow.

I am the lead designer of First Sword, a combat management game. The game has orcs and men, elves and dwarves. It has goblins and trolls. But it has no women. 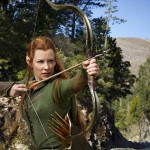 Whiny women wouldn’t play his game, but Vox Day is poised to make a breakthrough into the lucrative orc, elf, dwarf, goblin, and troll market with a game that will appeal to them.

Cynthia Gockley is a strong, confident woman » « Nye/Ham postmortem: the apologists for religion