Matt Stopera went to the Nye/Ham debate, and gave the creationist attendees a chance to speak their minds: he let them write a question on a sign for Bill Nye and then took pictures of them. These are perfectly ordinary, cheerful people who have no problem expressing their views.

The results will make you just want to stop the world and get off. 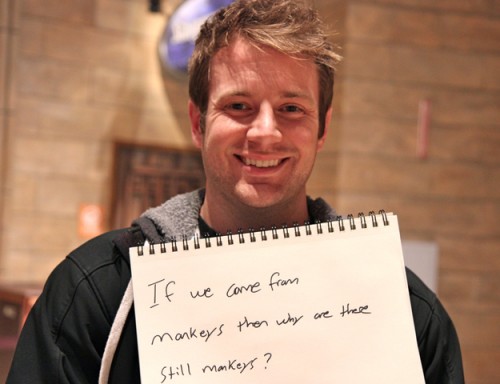