A man and his wife are out on a movie date, and before the show starts, he talks to his 3-year-old daughter at home on his cell phone. And apparently he was doing some texting, too. Clearly, our big problem is our dependency on these ubiquitous little telecommunications devices…

Wait, no, that’s not it. The problem is that sitting nearby was Curtis Reeves, 71, a retired police officer, who resented the chatter before his movie came on, and Mr Reeves was carrying a goddamn fucking gun in the theater, and argued with the talkative father and eventually shot him dead and wounded his wife.

The Tampa police seriously “considered if this could be a ‘stand your ground’ case but decided the criteria did not apply.” Obviously not. The victim was white. But holy shitballs, they considered this? An armed asshole guns down a man over some noise during the movie previews and they contemplated letting him go?

Then, minutes after I read that, aghast, I get a little beep, and someone sent me this link. 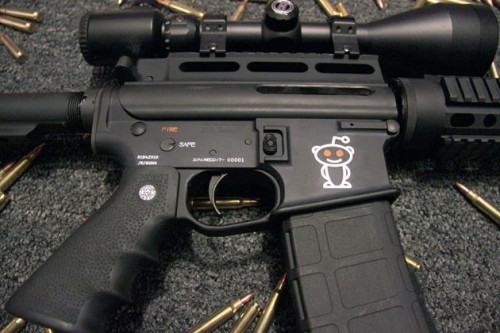 Personal privacy is prized among Redditors, most of whom participate on the site anonymously. A fervent pro-gun constituency among them makes the market opportunity for gun dealers all the more attractive. The primary subreddit on the topic, /r/Guns, currently has more than 154,000 subscribers, and GunsForSale, created in March 2011, has doubled in size in the last year, with more than 7,200 subscribers. Gun dealers using the site indicate that they’ve enjoyed a spike in demand in the past year, after the Sandy Hook massacre ignited a national debate and pro-gun activists whipped up fears about a regulatory crackdown.

Yeah, that’s the big worry with a bunch of dead kids — someone might grow a spine and a brain somewhere and take steps to regulate guns. They needn’t have worried: this is America, we’re aspiring to mutual bloody annihilation among the citizenry.

Mary’s Monday Metazoan: I always say we could use more gastrotrichs around here » « Shut up and die already. No fussing.