Answers in Genesis has gotten in the billboard business, just in time for Christmas. 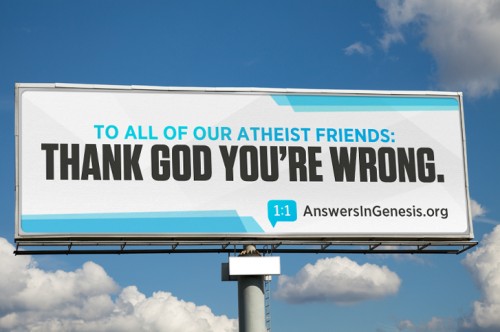 To all of our atheist friends: THANK GOD YOU’RE WRONG

To which I can only say…but I’m not wrong, there’s no god to thank, so why are you talking to yourselves so publicly and loudly? It’s a bit embarrassing, actually.

Just in case you think you’re talking to us, I’m sorry — that message isn’t going to change our minds in the slightest.

Isn’t there a dank dark hole you should be crawling into somewhere?