Hemant says I was supposed to show you the back cover, because that’s the best part. 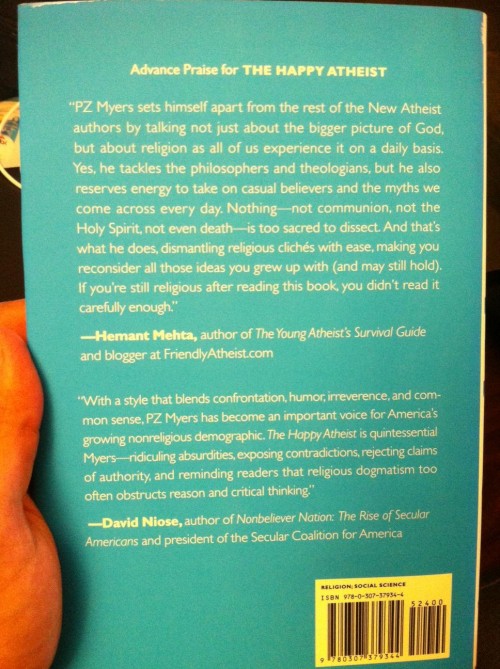 Oh, crap. Now you have no reason to buy the book!

News from the world of fish drudgery » « Friday Cephalopod: The Mothership has arrived!