I am astonished at the specificity of that citation: “some evidence from certain doctors and certain scientists”. If anybody can track down the scientific paper in which that was published, I’ll not only post the verification, but I’ll reproduced the illustrations of the uteruses with the little tiny baby graveyards in them.

For now, this is the best I can do. I’ve taught histology, we even have slides of sections of uteruses (which, unfortunately, do not have the information about whether the source was a godless fornicator on the label), and this is what they look like. 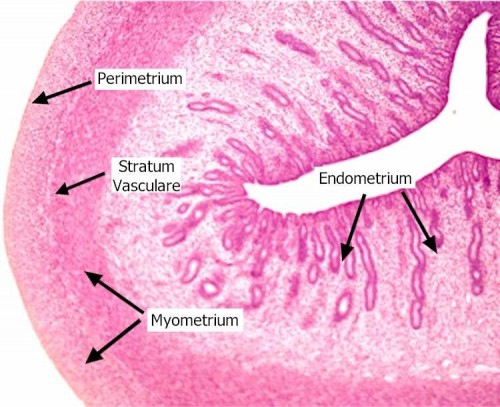 What Swanson said wasn’t science. It’s something different. I think the technical term is making shit up.

Toe stuck back in the water » « Stupid is as stupid does