I refrained from joining in the enthusiasm for Felix Baumgartner’s 128,000 foot parachute jump. It was a spectacular act of bravery, but it was also little more than a colossal stunt and a $10 million advertising gimmick for Red Bull. I just didn’t see the point — there was nothing learned from this event — and it seemed spectacularly crass, with a lot of truly stupid hype surrounding the story. 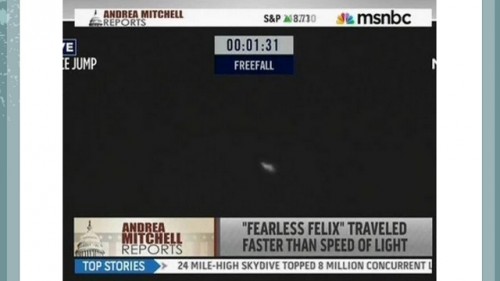 Now a historian puts the Stratos stunt in context. That makes it a little better, but it’s still a big commercial that put a man’s life at risk.