The word for the day is PINK. Pink is a soft, non-threatening color associated with girls…and is therefore harmless and pleasant. Cats are not pink. But other, more interesting, animals are. 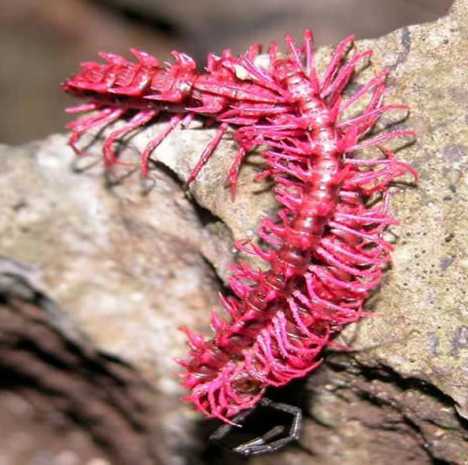 Very girly. By the way, that one secretes cyanide in defense, so much as you might be tempted, don’t play with it.