Hey! It’s Everybody Draw Mohammed Day! I’ve been been engaged in this meeting all day, so I haven’t had time to do anything — although, I think I should get a pass since I spent an hour listening to Maryam Namazie giving a ferociously anti-Islamist talk, which I’m sure was far more offensive to the fanatics than any doodle I could possibly scribble up.

But OK, I’ll just steal something someone else drew: here’s a picture of Mohammed by Rashid al-Din, a 14th century Persian. That should do the job. 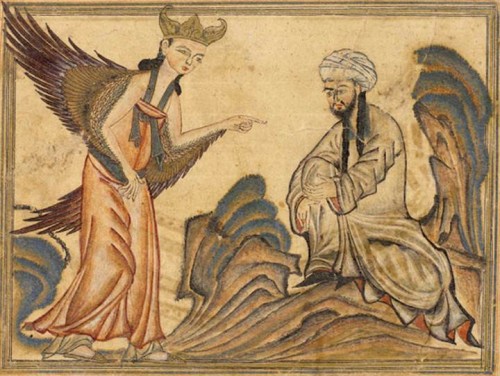 Or you could just read Jesus and Mo for a while.