Thomas Nast, the 19th century political cartoonist who gave us our standard image of both Santa Claus and Uncle Sam, is going to be enrolled in the New Jersey Hall of Fame. This isn’t really controversial: he was extremely influential. He was not entirely a nice guy, though, being a bit of a nativist and also responsible for promoting the stereotype of the Irish as violent drunks…so I would hope that his exhibit in the Hall of Fame would also highlight his bigotry. That’s not acceptable to Bill Donohue, though — Nast is the subject of his latest fit of apoplexy, because, unfortunately, while having a biased attitude towards the Irish people, he also portrayed Catholicism accurately. 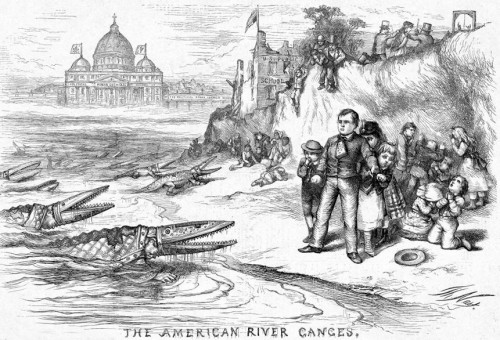 I confess. I laughed.