The point has been made that if corporations are people, then their behavior is downright psychotic. Case in point, CSX Railroad actively obstructed Lumberton, NC’s efforts to prepare for Hurricane Florence. They needed to put down a sand berm across a CSX track as part of the effort to stop the town from flooding. The response?

Not only did CSX refuse to allow the city to build the berm, it also threatened to take legal action if the city did, multiple people with knowledge of the situation told HuffPost. It wasn’t until local officials petitioned Democratic Gov. Roy Cooper to intervene that they were able to begin construction of the makeshift wall late last week.

CSX has come out with a couple different reasons for this. The first was the claim that the sand would damage the tracks. As we all know, while railroad tracks all have magical spells on them to prevent damage from flooding, sand is another matter entirely. It’s coarse, andrough, and irritating, and basically, corporations are Darth Vader is what I’m saying. During his whiny Haydn Christianson phase, not the murder-cyborg with the James Earl Jones voice – that part comes later when the workers try to stand up for themselves. 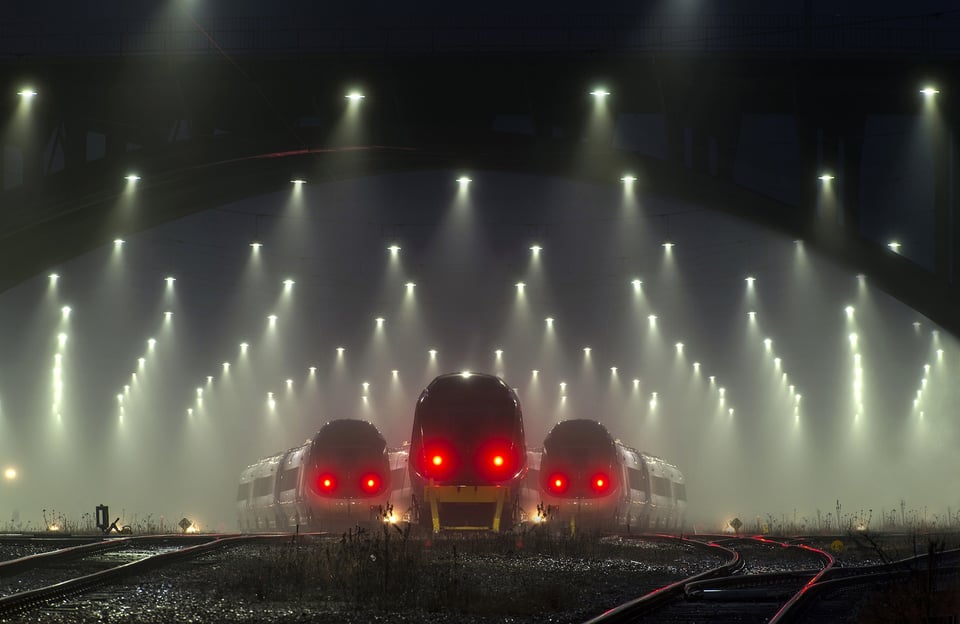 We are altering the deal. Pray we don’t alter it any further.

To be clear, this massive corporation was willing to risk the homes and lives of an entire town, supposedly because sand berms would damage the tracks in this one location. Maybe I’m a bit slow, but I have a notion that CSX Railroad, with hundreds of millions in profit per quarter, would have an easier time replacing a section of rail than most Americans would have replacing everything they own.

But of course, the sand berms did not pose any threat to the rails. That was utter bullshit. They threatened legal action over a lie, because the current default is to save or make money now, no matter what damage it does tomorrow.

Another interesting point is that the excuse CSX settled on for their obstruction was that they had to keep the rails open to remove hazardous materials from the area. I want to leave aside the obvious – that they would have mentioned that at the time if that was true – and look at the implications of the excuse:

They had to keep the line open to transport hazardous materials. Whose materials? While the stuff in question might not have belonged to CSX, I’m willing to bet it didn’t belong to the hundreds whose homes were flooded, either. This excuse relies on the fact that corporations, from farms to factories, have been generating hazardous materials and storing them so that a flood will spread the stuff across the landscape, making everybody else pay for the corner-cutting done by those corporations.

This isn’t a new problem, and it is a problem we know how to deal with. Why aren’t we doing it? Because the “party of personal responsibility” wants all of us to pay in blood to keep funneling money to the top. That’s why thousands died in Puerto Rico. That’s why every storm comes with a few under-attended stories about the vile poisons that may be unleashed because responsible storage isn’t worth the lives it would save.

Whatever corporations could be in an ideal world, what they are is enemies of humanity. They are literally killing people for money, and the “journalists” whose job it is to tell us that so we know to do something about it also work for for-profit corporations.

What is a species worth? Turtles in decline around the world » « Facebook is not your friend, and it might be your enemy.