What’s the moral of the story? It’s a question you probably left behind in high school, sometimes because the morals are obvious (“well I’m all broken up about that man’s rights“), more often because that’s not why you came to the story in question (“there is no spoon“). I didn’t pay it much mind for years, but recently it’s been getting my attention. I’ll just lay out the thoughts in their own paragraphs, whether they reach a conclusion or not…

Today I first thought of the subject while remembering this Monday’s episode of Supergirl. Spoiler alert if you haven’t seen it yet. In the episode, she’s exposed to red kryptonite, which in the Berlantiverse is the “make u eevil” kryptonite. Naturally, she wears black and acts sassy, causes random destruction, and so on. This wasn’t a very thoughtful script though it was slightly better by the last minutes of the show.

But there was one villainous act by Supergirl that made me think. She lets a villain escape early in the episode. Her reasoning is that he is no challenge and not worth fighting, but that seemed flimsy to me. It was probably the best they could come up with for justifying an action that really didn’t make much sense, was just there to prove she had turned naughty. 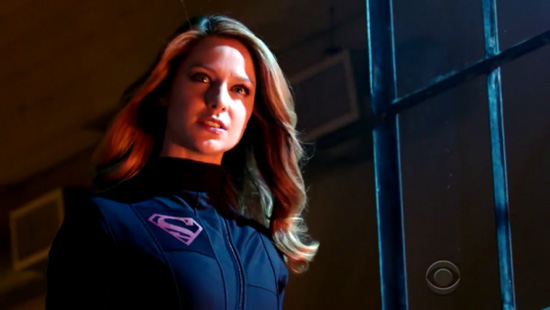 Screen capture of Melissa Benoist as Supergirl, property of CBS

What I was thinking is that it might be cool to see if red kryptonite Kara has some kind of morality. We all have morality that comes from a combination of society, environment, and our natural inclinations. As social animals, we are all compelled to have relationships with each other, though like everything in nature this varies in degree and expression by millions of complicating factors. Even fictional evil characters usually have some kind of social impulse, even if it’s just world domination. So what is red Kara’s?

Did she let him go because on some level she sensed that bad guys are her people? Was she thinking she might make a flunky out of him some day, or that she just naturally had more sympathy for destructive alien brutes? It might be fun for the show to revisit the scenario using alternate realities or more red kryptonite and see if that version of the character has something more interesting going on, besides living down to a stereotype.

And now for something completely different: The Walking Dead. I cannot watch these shows anymore (TWD and FtWD), as compelling as the perpetual danger and lovely actors may be. I just started watching them in early spring 2015 and quit fall of the same year. It took an embarrassingly long time to do so, but I figured out what was bothering me about them. Both shows have the exact same moral, playing out the exact same way, over and over and over again. 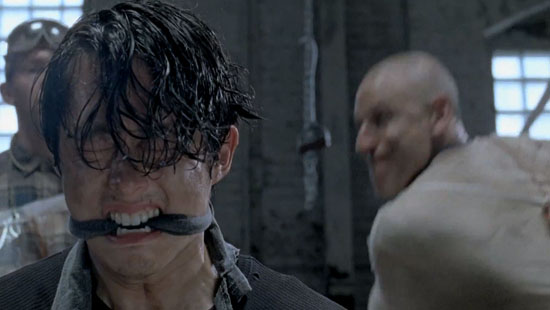 Screen capture of Steven Yeun as Glenn Rhee in The Walking Dead, property of AMC

If it was a moral I agreed with, that might not be a problem. But I disagree with it powerfully. It’s the underpinning of so much of what’s wrong with America – trust no one, everyone’s trying to get over, fuck them before they fuck you. Some of you might disagree that’s what they’re communicating, but it really is.

The show, just like America itself, makes exceptions for those close to you, based on closeness. Trust no one (except your family), and so on. On the show it’s the people you know the best – your enclave / faction / posse, whatever – that can be trusted, and everyone else is wrong, dangerous, deluded, or even a cannibal. IRL America, it’s your family first, and everyone else is trying to steal your tax dollars or make your children gay or whatever. And if you must stand in solidarity with someone outside your doors, it’s your race or gender first, everyone else is out to take your jobs, or trick or rob you, or terrorism on you, or try to reverse the situation so that white menz become the most oppressed group evarrrrr.

This plays out in our economy as a situation of total desperation, just a gigantic pile of everyone screwing everyone, the Hobbesian war of all against all. It hurts us emotionally and physically. It’s felt the most by poor people, but can be seen clearly at every level of our society if you know what you’re looking at. It really doesn’t have to be this way; it’s just the same overwhelming fear of the Other that drives the plots of Walking Dead shows along their inexorable crappy path. 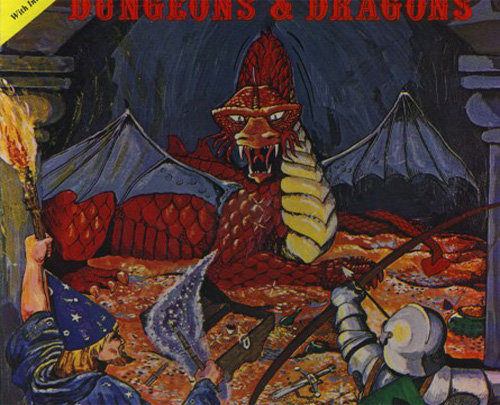 So-called “pen and paper” role-playing games still, after decades of existence, still haven’t achieved the kind of cultural saturation where they can be discussed without a bit of explanation. Short version – it’s playing pretend like small children do, except with rules on paper, and actions described rather than physically performed. It’s something I’ve spent entirely too much time doing. One person (the game master / GM) manages the world and describes all of its inhabitants (non-player characters / NPCs) except for the characters created by the players (player characters / PCs).

Since the dawn of this hobby in the late seventies, it’s been well known that PCs are often horrible, despicable people. A GM can describe a lovely meadow with a peaceful cow in it, and a typical PC’s first instinct is to fight the cow or light the whole thing on fire. You know how some christians say that if there was no god to create morality, everyone would go around raping, murdering, and robbing each other? That’s player character morality in a nutshell.

On a personal level, I’ve never felt this. I can understand it in principle. The world of imagination is largely consequence free. Even if a character is punished for their crimes in game, you don’t feel that as the player. Likewise if your imagination sucks, the fictional victims of your fictional crimes are faceless, just so many words, supremely easy to ignore.

Why would this be someone’s fantasy? Not all gamers are antisocial jerkbags, but a disproportionate number play as such. I can relate to using fantasy as wish fulfillment. For me, that’s having cool powers, being able to fight jerks, etc. For a lot of people, it’s stacking coins and killing anyone who looks at you funny.

There’s a LOT more I could say about people being shitty at RPGs, but it starts to get off topic. The main point here: PCs, NPCs, they are fictional creations, but the morality within their stories shouldn’t be total garbage. That’s my feeling and it’s the same for any other fiction I involve myself with, passively (books, TV, movies) or actively (writing, RPGs). What do you like to see in fiction and how do you play?