Trump’s policies on dealing with the pandemic have been disastrous from the start. After not recognizing the need to take action for about a month early on, a delay that is estimated to have resulted in about 36,000 additional deaths. He has also not provided funding for widespread testing, apparently fearing that would increase the numbers and make him look bad, touted bizarre and even dangerous treatments for covid-19, promised unrealistically quick discoveries of a vaccine, and urged the reopening the country earlier than health experts recommend.

Given his demands that governments open immediately and his disparagement of measures to prevent the spread of the virus and his personal refusal to wear masks in public, we should not be surprised that the wearing of face masks has now become part of the culture wars, that his followers seem to feel that to do so is somehow a victory for liberals. This has resulted in some businesses even refusing to let in customers who wear masks, if you can believe it.

In the last few weeks a spate of American stores have made headlines after putting up signs telling customers who wear masks they will be denied entry. On Thursday, Vice reported on a Kentucky convenience store that put up a sign reading: “NO Face Masks allowed in store. Lower your mask or go somewhere else. Stop listening to [Kentucky governor Andy] Beshear, he’s a dumbass.”

Another sign was posted by a Californian construction store earlier this month encouraging hugs but not masks. In Illinois, a gas station employee who put up a similar sign has since defended herself, arguing that mask-wearing made it hard to differentiate between adults and children when selling booze and cigarettes.

And then there are the idiots seen in this video who are deliberately coughing and spitting at others. I am impressed by the employees who stay calm in the face of these provocations.

A misbegotten, warped freedom obsession is killing us. pic.twitter.com/KbYaTVtR0O

As part of Trump’s effort to use masks as part of his permanent culture wars by not wearing one as somehow being a sign of toughness and being patriotic, he refuses to be seen wearing them. Even when he goes to places that require them from everyone, as when Trump visited a Ford plant yesterday, he was the only person not wearing a mask.

It turns out that he actually did wear a mask for the parts of the tour that were not open to the press but took it off in the public parts because he did not want to give the media the pleasure of seeing him wearing one. Unfortunately for him, someone apparently took a photo and released it. 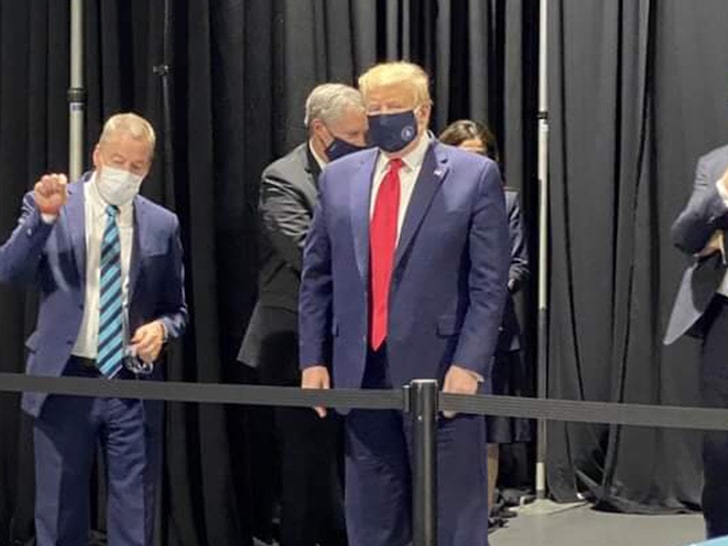 Donald Trump’s ploy to stay unmasked for the public just got unmasked, because he put one on at the Ford motor plant.

Trump flew to Michigan, where the plant has been partially converted to manufacture ventilators. The plant’s rule — everyone must wear a mask, and even the State Attorney General warned Trump to cover his face.

In true fashion, when Trump was talking to reporters, he was not wearing a mask, but told them he had worn the one earlier while he was behind the curtain. In true 8th grade fashion, he said he didn’t want to give reporters the satisfaction of seeing him with a mask.

While Trump admitted to wearing the mask in a private area, he will still likely claim that the image is photoshopped. That is a possibility since the origins of the photo are unknown. But the whole issue is trivial anyway. Trump deliberately not wearing a mask is immature behavior. Trump wearing the mask privately but not publicly is also immature behavior. We are merely comparing degrees of immaturity.

Q: How childish can Trump get?

A: That is a trick question. Children are far more mature than Trump can ever hope to be. 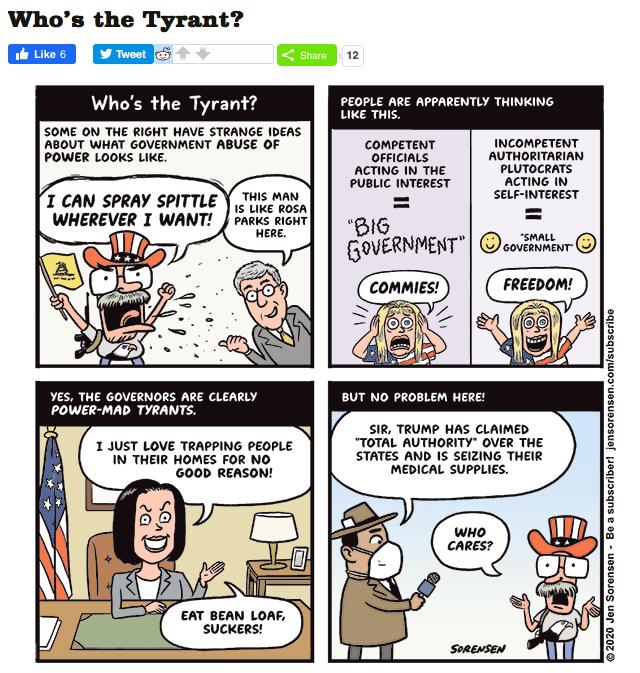 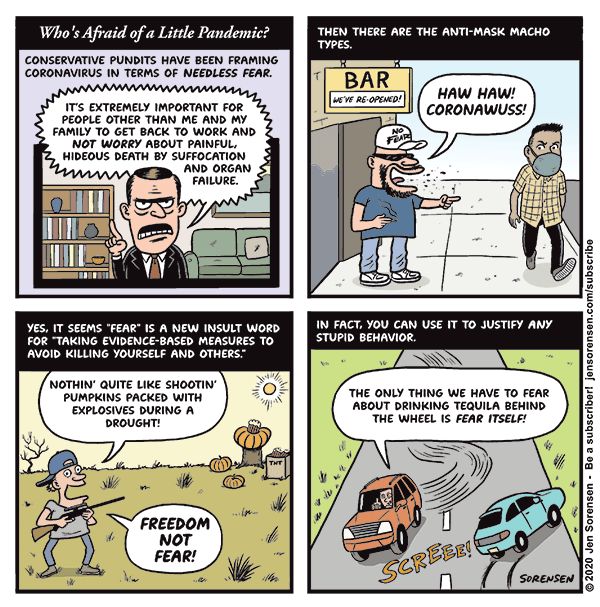 Another inspector general replaced by a crony » « How do you know when you are old?