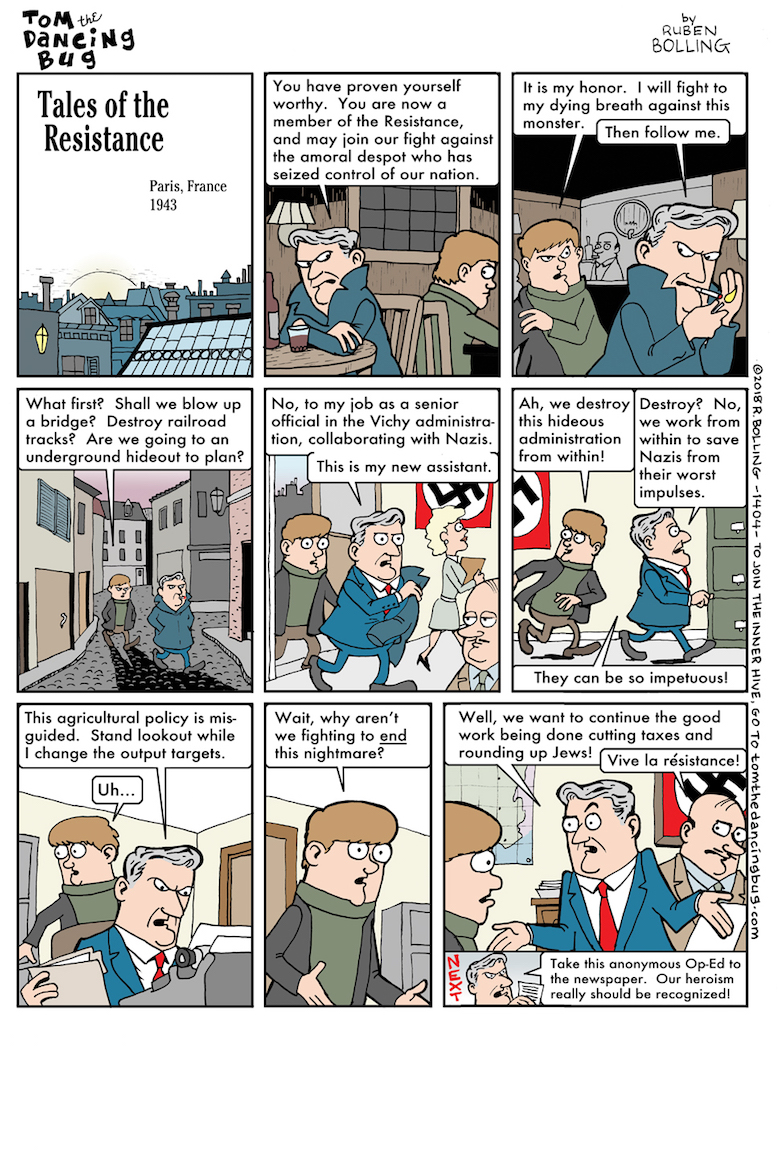 Barbara Res, who used to work as vice president in charge of construction at the Trump Organization, says that the kind of behavior displayed by Trump is no recent phenomenon, that he would order actions knowing that they could not be carried out, such as demanding that the Braille lettering on elevators be removed.

I had seen him do this kind of thing before and would again. He would say whatever came into his head. Ordering an underling to do something that was impossible gave Trump the opportunity to castigate a subordinate and also blame him for anything that “went wrong” in connection with the unperformed order later. A Trump-style win-win.
…

Trump is really not all that different now, but the stakes are higher. And there aren’t many order refusers anymore either. Off the record, staffers tell reporters that Trump is out of control.

But what have they done to try to control him? Steal a memo off his desk so he will forget to sign it?

How about not preparing the memo in the first place? And who refuses to lie for him when he makes his outrageous claims?

They are not saying something silly like Princess Diana is buying an apartment in Trump Tower; they are misleading and deceiving the American public on matters of great importance.

The “just do its” are getting done. And they are not directed at carpenters and painters or fan magazines. Now they’re about alienating allies, cozying up to dictators and employing dangerous nonsensical economic tactics.

The self-aggrandizing Anonymous wants the world to know that there are adults in the room. Really? What the hell are they doing?