Breakfast cereals are not for everyone. I myself rarely eat them, mainly because I find I get tired of it after a couple of days. Also, the cereal I eat when I do choose to do so is corn flakes that requires adding sugar and I am not a fan of eating sweet things in the morning. But what surprised me was this story that said that many younger people are turning away from cereal because it takes too much work.

Few things are as painless to prepare as cereal. Making it requires little more than pouring something (a cereal of your choice) into a bowl and then pouring something else (a milk of your choice) into the same bowl. Eating it requires little more than a spoon and your mouth. The food, which Americans still buy $10 billion of annually, has thrived over the decades, at least in part, because of this very quality: its convenience.

And yet, for today’s youth, cereal isn’t easy enough.
…

The industry, the piece explained, is struggling — sales have tumbled by almost 30 percent over the past 15 years, and the future remains uncertain. And the reasons are largely those one would expect: Many people are eating breakfast away from the home, choosing breakfast sandwiches and yogurt instead of more traditional morning staples. Many others, meanwhile, too busy to pay attention to their stomachs, are eating breakfast not at all.

But there is another thing happening, which should scare cereal makers — and, really, anyone who has a stake in this country’s future — more: A large contingent of millennials are uninterested in breakfast cereal because eating it means using a bowl, and bowls don’t clean themselves (or get tossed in the garbage). Bowls, kids these days groan, have to be cleaned.

I tend to be leery of “kids these days!” articles since they often consist of over-generalizations. But if true, the downside to this trend is that the alternatives that save work also tend to be less healthy for you and create more packaging waste, such as coffee pods, a modern example of the old aphorism of haste makes waste. 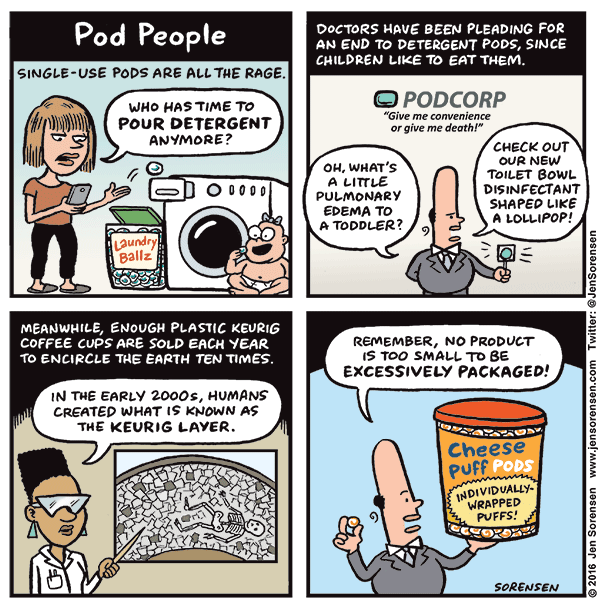