I saw the 1984 film Ghostbusters a few years ago because I kept hearing references to it that made it seem like it was a great comedy. I was frankly underwhelmed. It seemed just so-so to me and I do not remember anything from it. In general, I avoid seeing remakes of films in which I thought the originals were good, but will see a remake of a bad film if I hear that it was done much better.

I have no inclination to see the original Ghostbusters again but when I read that they were remaking the film but with an all-female cast to replace the original all-male one, I simply noted the fact and waited for the reviews to see if it might be worth seeing. It is quite possible that I may like the new Ghostbusters more than I did the original.

What I was not expecting was the outrage that seems have occurred in some quarters, where some saw the gender switch in the new film as violating some sort of cultural landmark. 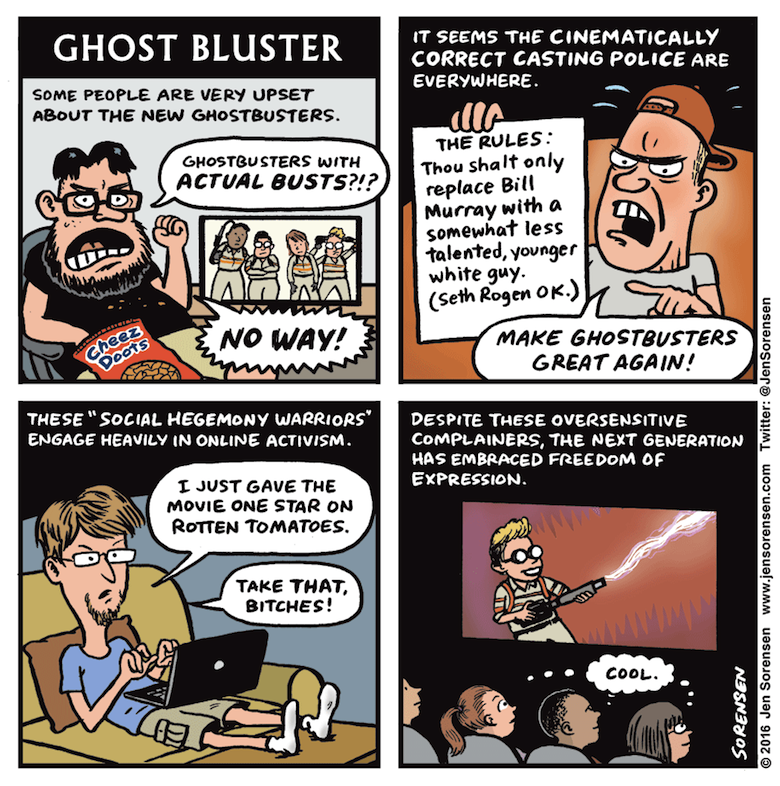 Some have even gone so far as to attack one of the stars Leslie Jones in racist terms.

I am a huge fan of the Monty Python films and have seen them multiple times. They too have an all-male cast. If someone were to decide to remake them with a female cast, it is likely that those like me who loved the original films would not enjoy the remakes as much, not because of the female casting but because we remember the old so well and so fondly, unless the remakes did something completely different.

But it would be silly to be outraged because a new generation of filmgoers with no sentimental attachment to the originals might well like the new versions better.