Prince Andrew has been stripped of all of his honors and titles by the queen of England, as Mano tells us. Apparently, though, we’re supposed to still call the royal pedophile “Prince”? I just want to call him officially a commoner, for now, and eventually, convict.

Hey! Remember the worst royal scandal in 85 years? Darned uppity black woman daring to accuse royalty of racism…that was big news in the tabloids, while Randy Andy frolicking with a convicted pedophile was something to forgive and forget. 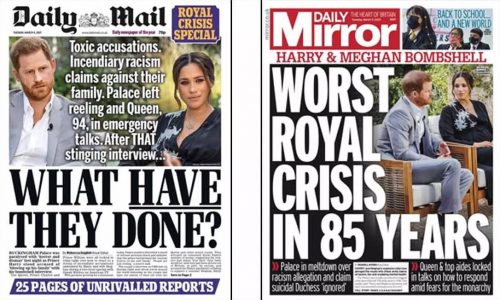 That was what, about 2 years ago? The scandals are accelerating.