Why does everything it touches turn to crap? Hear me out. I have a theory, which is mine, which is clearly supported by the evidence. 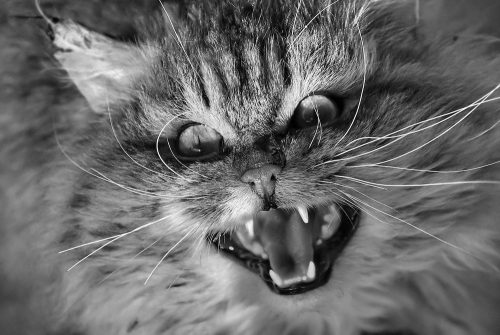 What are cats? A predatory species that has seen what humans do to every cat with ambitions, like say lions and tigers. They know from experience what we do with the so-called “domesticated” species — we chop off their gonads and feed them the scraps we find unpalatable. They are not our friends. We open up a new environment for colonization, the internet, and what happens? They rush in and take it over first. Then they populate it with traps, wicked memes that will poison our psyche and lead us to destroy ourselves.

It’s so obvious. This is a clear case of inter-specific competition, and if we don’t recognize it, we’re doomed.